Pets are not permitted in the designated swimming area or in most cabins. They are allowed elsewhere throughout the park. At this time, only the Mansfield cabin is pet- friendly

Camping: This is the second-largest campground in the state. There are 115 tent/RV sites and 36 lean-to sites. There are also 4 cabins available to rent.

Hiking: There is an easy nature trail in the park.

Boating: There is a boat launch available to campers. There are not boats for rent from this park.

Fishing: Lake Champlain is home to a variety of species of fish. 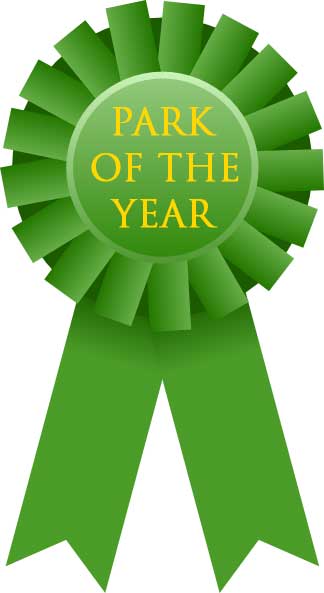 Grand Isle State Park was opened in 1959 when 54 acres of land was purchased from Birchcliff, a private summer resort. The original acquisition included a hotel-like building, cabins and a recreation hall. Today's nature center is the last remaining Birchcliff building. Three additional property acquisitions brought the park to its current 226-acre size. Park development during the 1960's was spurred by a successful effort to attract visitors to the area by providing quality camping opportunities.

Today, the result of that effort is apparent. Grand Isle State Park is the most-visited campground in the state park system. With 4,150 feet of Lake Champlain shoreline, Grand Isle is popular with many destination campers who spend their entire vacation here. At the same time, the park location on US Route 2 attracts a high number of one-night campers, while proximity to population centers in Burlington, Vermont and Montreal, Quebec make it an easy destination for the weekend or spur-of-the-moment camper. Park property extends all the way west to Route 2, where part of the land is being kept open by agricultural lease, and some of what was pasture thirty years ago has reverted to woodland.

The campground is open to overnight visitors only. Campers will be assigned a PIN number to pass through the electronic, security gate.

Normal office hours are 8am - 9pm. Campers should attempt to arrive during these hours.

There are 115 tent/RV sites, 36 lean-to sites, and 4 cabin sites, making the campground Vermont's second-largest. Restrooms have running water and coin-operated hot showers. There is an RV sanitary station but there are no hookups. Fifty percent of the sites are large enough to accommodate self-contained RVs.

Lakeshore areas permit water access for swimming and shore fishing. There is a boat launching ramp for registered campers. Check the nature center for nature programs, games, or entertainment. There is sand-court volleyball, horseshoes, a play area and a nature walk, all within the park. Campers are also allowed free entry to the beaches at Knight Point State Park seven miles north and Alburgh Dunes State Park nineteen miles north.

This park has a park interpreter offering fun, hands-on activities. Interpreters are park staff solely dedicated to helping you learn more about the natural and cultural history of the park. Some popular activities include night hikes, nature crafts and games, campfire programs and amphibian explorations.

Check out the of current events to see some of the programs planned during your visit.